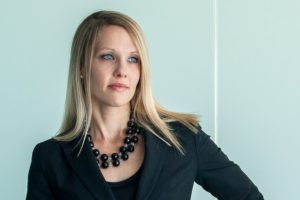 This phenomenon involves the distribution of sexually explicit images or video of someone without their consent. A flurry of legislation across the United States now has culminated in a $6.4 million judgment, considered one of the largest ever.

On April 11, the New York Times reported on the case, which involved a California woman and her boyfriend. They ended their relationship in 2013, but “he began to post sexual photographs and videos of her on pornography websites and to impersonate her in online dating forums, according to court documents,” the New York Times reported. “He threatened to make her life ‘so miserable she would want to kill herself.’ … In 2014, the woman, who was listed as Jane Doe in court documents to protect her identity, sued her former boyfriend, David K. Elam II, in United States District Court in California to get him to stop. Four years passed, until the court awarded her $6.4 million on April 4, in one of the biggest judgments ever in a so-called revenge porn case.”

According to the article, “The California case was one of the first lawsuits filed by the Cyber Civil Rights Legal Project, an initiative started in 2014 by K&L Gates, a Pittsburgh law firm, to litigate against online harassment and the non-consensual posting of explicit material…”

← Many Catholic leaders object to revised sex-abuse statute of limitations laws
If Supreme Court upholds President Trump’s travel ban, will it rein in district judges who have opposed it? →
Logging In...