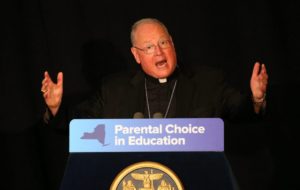 A push in some jurisdictions for a longer statute of limitations for child sex abuse cases has raised concerns among Catholic leaders.

On March 29, America Magazine, the Jesuit Review, wrote about statutes of limitations laws and unease among Catholic leaders about proposed changes.

“Nearly two decades after revelations of sexual abuse by priests were widely reported, legislators in states around the country are considering changes to laws that would give victims of child sex abuse more time to file criminal and civil complaints,” the magazine reported. “Catholic leaders in those places support many of those changes — but some claim provisions in the proposed laws unfairly target private organizations and that they could open them up to lawsuits over abuse that occurred decades ago.”

In New York, lawmakers recently considered a provision that sought to alter the criminal and civil statutes of limitation for sex abuse cases, including a one-year window to allow civil suits to proceed for abuse that occurred decades ago.

“Cardinal Timothy Dolan, the archbishop of New York, said enacting the one-year window would be ‘toxic’ to the church, The Buffalo News reported on March 20.