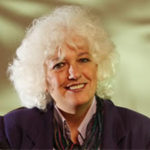 According to the latest case-by-case court records, the backlog at the end of November 2017 had reached 658,728, up from 629,051 at the end of September 2017. That number is expected to continue to grow, with the Immigration Court number of pending cases anticipated to climb by an additional 30,000 in the first two months of 2018, outpacing 2017 increases.

California leads the country with the largest Immigration Court backlog of 123,217 cases. Texas is second with 103,384 pending cases as of the end of November 2017, followed by New York with 89,489 cases, reports TRAC.

“There is no single explanation,” said Susan B. Long, TRAC’s co-director in a recent Newsday report. “These are people before immigration court. These are considered deportation cases, but they could very well be seeking asylum and various forms of relief” to stay in the country legally.

Newsday also reported, “‘The immigration judges feel like we’ve been the canaries in the coal mines, saying that the immigration courts would be overwhelmed with caseloads and backlogs for more than a decade,’ said Dana Leigh Marks, an immigration judge in San Francisco who is a spokeswoman for the National Association of Immigration Judges.”

The immigration backlog findings are based upon current case-by-case court records that were obtained under the Freedom of Information Act and analyzed by the Transactional Records Access Clearinghouse (TRAC) at Syracuse University.