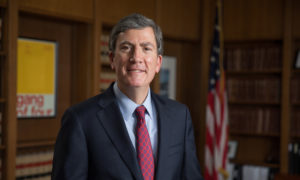 Judge Jon Tigar, of the U.S. District Court for the Northern District of California, challenged the fees, which were about nine times higher than the attorney’s rate, according to a report by The Recorder at law.com.

“Disputes over $68 million in attorney fees in a $240 million class action settlement against Wells Fargo & Co. have spurred a federal judge to consider setting new precedents for contract lawyer fees,” The Recorder noted.

“The judge thanked Ted Frank of the Hamilton Lincoln Law Institute’s Center for Class Action Fairness for raising the issue in his motion opposing the attorney fees,” the site noted. “Frank pointed out that the co-lead counsel paid contract attorneys between $40 and $50 an hour but requested about $415 an hour to cover their investment.”