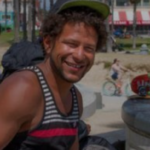 The Los Angeles city attorney is blaming distrust of police as a significant reason the city will have to borrow $70 million or dip into reserve funds. Those are the options laid out in a new city report.

The Los Angeles Times reports that “… the city paid out $110 million in legal cases last fiscal year, according to budget staff. In January 2016, the city agreed to pay out $24 million to settle lawsuits from two men who alleged that dishonest LAPD detectives led their wrongful murder convictions and caused them to spend decades behind bars… city lawyers concerned about the police misconduct allegations recommended the settlements, saying in confidential memos to the City Council that taking the cases to trial could be even costlier.”

In an interview with the Times on Monday, Los Angeles City Atty. Mike Feuer “… cited several reasons for the increased payouts. He said juries are more skeptical about law enforcement when it comes to police liability, and cited a “significant” amount of deferred maintenance of city infrastructure.”With payouts projected to total at least $135 million this fiscal year, budget officials said Monday that the city needs to immediately borrow up to $70 million to avoid dipping into its emergency reserve fund.

← President-Elect May Continue Lawsuits During Term
Montana Panel Finds Residents Expect Lawyers In Civil Actions, But Don’t Get One →
Logging In...