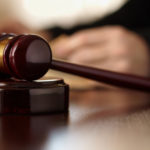 The Southern Poverty Law Center and the Emory University School of Law are calling for an investigation into the federal immigration court practices in Atlanta, alleging discrimination and noting outcomes that differ from the rest of the country’s immigration courts. Those “courts” are actually not part of the federal judicial system but are administrative functions of the U.S. Department of Justice – the judges work for the DOJ.

The SPLC, in a letter to federal authorities, said that the Atlanta-based court “… denies asylum at the highest rate of any immigration court – 98 percent. The average bond set by its judges is typically 41 percent higher than the national average ($8,200 versus $11,637).”