VICE Offers A True Epic of Deportation to Haiti 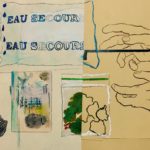 The ongoing debates over United States immigration and refugee policy is bringing many personal stories into the spotlight, mostly featuring immediate concerns. But VICE is offering a compelling story of a South Florida man who was deported back to Haiti at the age of 22. The story is counter-intuitive in many ways – he prefers Reagan to Clinton as American presidents go and offers mixed feelings about how Florida would have worked out.

Now Jean Pierre Marseille is described as a “journalist, fixer, translator, salesman” and “jack of all trades.” His story offers a lesson in how policy translates into personal history, and you can find it here:

Getting Deported Back to Haiti Almost Killed Me

← D.C. Among Those Talking ‘Civil Gideon’ for Evictions
Report: Half of Californians Worry Somebody They Know Will Be Deported →
Logging In...