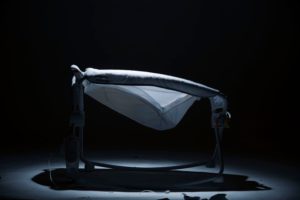 A few weeks ago, a press release Wolf Haldenstein and Connors LLP announce that on April 19, 2019, that firm had filed “a consumer class action lawsuit against Fisher-Price, Inc. and its corporate parent Mattel Inc. (“Defendants”) on behalf of Cassandra Mulvey and all other owners of Fisher-Price’s Rock ‘n Play Sleeper since 2009, alleging violations of consumer protection laws, breach of warranty, unjust enrichment and other claims. The case, Mulvey v. Fisher–Price, Inc. and Mattel, Inc., Case No. 1:19-cv-00518 (W.D.N.Y.), is pending in United States District Court for the Western District of New York  in Buffalo, New York, where Fisher-Price, Inc.  is located.”

You can read the full complaint here.

The Washington Post did an in-depth investigation on the case about how “Fisher-Price developed its revolutionary Rock ‘n Play sleeper based on faulty beliefs about infant sleep, without safety testing and without consulting a pediatrician.”

According to WaPo, “last month, the Rock ‘n Play was recalled by Fisher-Price after a series of infant deaths. The Consumer Product Safety Commission (CPSC), which helped coordinate the recall, said more than 30 babies died in the product after they turned over while unrestrained or ‘under other circumstances.'”