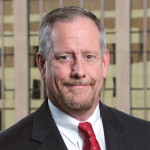 Writing in the Connecticut Law Tribune, the president of the Connecticut Bar Foundation is adding his voice to the calls for a “civil Gideon” program for the poor. James T. Shearin first reviews the massive funding cuts to state and federal programs aimed at helping the disadvantaged then notes that “… there is also an important discussion underway about the viability of adopting Civil Gideon legislation, an effort to provide state-funded counsel to clients who meet the federal poverty level. Chief Justice Chase Rogers commented in her address to the CBA in June 2015. The civil Gideon movement, named after the case that guaranteed legal representation in criminal cases, is already being tested in San Francisco and other cities.

In that address, Justice Rogers said: “I believe strongly that it is time for Connecticut to accelerate serious and comprehensive discussions regarding representation for people who cannot afford certain types of cases. I say this in full recognition of the financial limitations that exist in contemplating ‘Civil Gideon,’ but also in the hope that a dialogue—with the bar as an active participant—will lead to further enhancement of access to justice.”

Shearin writes that “… urging consideration for Civil Gideon, she [Rogers] joins CBA President William Clendenen, who in 2014 wrote a two-part article titled “A Civil Right to Counsel—The Time Has Come for Connecticut to Provide Access to Justice for Connecticut’s Economically Disadvantaged.” Clendenen noted that the 2012 World Justice Project’s Rule of Law Index ranked the United States near the bottom of the list in providing access to justice in comparison to similarly developed countries. While probably years away from passage, Civil Gideon legislation is the best, long-term solution to addressing the critical need of ensuring that the rule of law is available to all.”
Read more: http://www.ctlawtribune.com/id=1202747261949/James-T-Shearin-State-Faces-Continued-Crisis-in-Legal-Aid-Funding#ixzz3xtZWh9zT