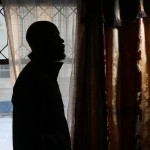 Focusing on a native of Liberia who finally got an Immigration Court date last year, but had that date set for November of 2019, the Star-Ledger in Minnesota takes aim at the years-long backlog in those Justice Department courts. Thomas Harris’ wife wept when she opened the letter from Minnesota’s immigration court late last year. The wait, the man from Liberia said, is “…s like a punishment that’s always there.”

The report also notes that the backlog punishes those with strong cases to stay in the country while benefitting those with weaker cases: “… wait times for court hearings have stretched as the local Bloomington Immigration Court has hit a new high of more than 3,500 pending cases. A surge in Central American arrivals in the past two years worsened chronic backlogs: The government deemed these cases a priority amid a new focus on deporting recent border crossers and placed them at the front of the line. For immigrants without a strong case to stay, the backlog provides lengthy reprieves, something smugglers have highlighted to attract customers. For those with legitimate asylum and other cases, it keeps them hanging, unable to set down roots in the United States, reunite with family members or travel outside the country.”

The paper also takes a rare look at the political landscape: “A perennial issue, the backlogs got worse in the early years of the Obama administration amid an enforcement push that resulted in record numbers of deportation cases. More recently, the administration created a new priority docket for Central American minors and families, who are arriving in unprecedented numbers, in part to counter a perception that newcomers would be allowed to stay indefinitely. In Minnesota, Judge Susan Castro took on that docket, and other cases were pushed back to a ‘parking date’ in November 2019.”