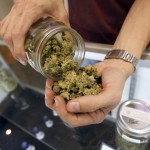 It’s not exactly news that litigation can have serious impact even if it gets dismissed or dropped. And the International Business Times has a truly cautionary tale out of Colorado. The story is about how recent court victories set net legal milestones but the legal marijuana industry has a long way to go.

Part of the story details how one man lost his business in litigation that never even made it to the discovery phase. The marijuana dispensary owner was doing well, says the IBT, but “… when he made arrangements in 2015 to move to a nearby location and expand his operation to include recreational marijuana sales, the Holiday Inn located next door to the new spot pre-emptively sued Olson as well as the owner of the property he was going to occupy, his bank, his bonding firm, his accounting company and others associated with his business, alleging the marijuana shop would be a detriment to the hotel’s business. The affiliated companies were eventually dropped from the suit once they either severed ties with Olson or reached cash settlements with the hotel. As part of its deal with the landowner, the Holiday Inn purchased the property Olson was going to use. In November, with only Olson left as a defendant, Holiday Inn dropped its lawsuit before the case reached discovery. By that point, Olson, who said he heard a doughnut shop and housing were going to be built on the site, no longer had a dispensary. The lease on his old location had expired and, inundated with legal fees, he couldn’t afford to relaunch his business elsewhere.”

Category: Cannabis in the Courts, Community