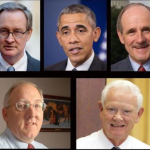 McClatchy’s news service has an explainer piece about the rationing of federal judicial appointments. It begins with an 82-year-old judge, the longest-serving in Idaho history, hoping to retire with his replacement on the way. The tone of the story is “good luck with that” as it outlines more than 80 vacancies created by the stalemate in Washington; some 50 nominees await U.S. Senate action.

The report explains that “… while the Senate remains at loggerheads over how to replace the late Supreme Court Justice Antonin Scalia, that dispute is just the tip of the iceberg when it comes to judicial fights on Capitol Hill… the Senate on Monday approved a new federal judge for Tennessee, but, meanwhile, 85 other vacancies remained, according to the Administrative Office of the U.S. Courts. North Carolina has had one court vacancy since 2005.

A couple of points from the piece:

— Idaho is now one of 34 jurisdictions facing a “judicial emergency,” with the number of cases overwhelming the number of judges, according to the Judicial Conference of the United States, a group of judges that advises Congress.
— “All over the country, you’ve got senior judges in their 80s, sometimes in their 90s, who are still working because they just don’t want to leave the other judges with even more work to do,” said Paul Gordon, senior legislative counsel for the liberal advocacy group People For the American Way. “It’s a bad situation.”