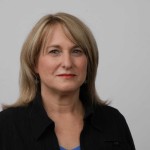 Valerie Strauss at The Washington Post is reporting on the California charter school legal issues, including why the Golden State has so much civil litigation. Strauss notes that “… California, called the charter Wild West, deserves special attention… the state has more charter schools and charter school students than any other state in the nation. One billionaire even came up with a secret plan to “charterize” half of the Los Angeles Unified School District…”

Among the problems she lists that “… a report released recently by the American Civil Liberties Union of Southern California and Public Advocates, a nonprofit law firm and advocacy group, found that more than 20 percent of all California charter schools have enrollment policies that violate state and federal law.” She also backgrounds that “… in some places, charter schools open without mentioning their existence to the traditional school district in which they reside, prompting lawsuits by the districts.”
Read the third of her ongoing series here:Valerie Strauss

← NYT Outlines Obama’s Immigration ‘Shift’
On The ABA Not Standing Up To A ‘Libel Bully’ →
Logging In...