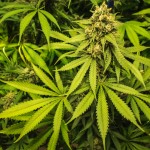 Why don’t we have much data on how much pesticide weed smokers are being exposed to and what effects that exposure might be having on them? Photo Credit, Slate report, 4/20/16

It turns out that marijuana consumer seek the same “organic” and pesticide-free products that consumers seek in other agricultural products. The Slate magazine website has published a deep-dive into some of the legal and consumer issues facing the fast-growing legal marijuana business, including how the gap between federal and state laws can create an odd lack of health studies and other efforts. In particular, the piece looks at how pesticides impact pot products.

Says the Slate story of pesticides: “… this is an issue that consumers are becoming increasingly aware of, thanks to a series of recalls, lawsuits, and front-page exposes that have highlighted the gravity of a growing pesticide problem in the pot world. In the past year, Colorado has made 19 recalls of pot products after quarantining more than 100,000 plants that regulators feared had been treated with unapproved pesticides. In June, the Oregonian found abnormally high levels of pesticides on nearly half of the pot products sold in state dispensaries. Those pesticides included a common roach killer, half a dozen human carcinogens, and a fungicide that allegedly turned into hydrogen cyanide when heated. This March, the Emerald Cup (an outdoor cannabis competition) announced that it would tighten its contamination rules after a large percentage of entrants failed pesticide tests.”