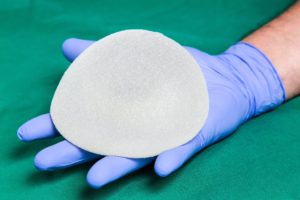 Photo Credit: BROKER, via Alamy, as originally reported by The New York Times on 7/24/19.

Global pharmaceutical company Allergan has announced a voluntary worldwide recall of Biocell textured breast implants and tissue expanders due to links to an unusual form of cancer.

The July 24 recall, made in the United States at the request of the federal Food and Drug Administration, affects implants used for cosmetic breast enlargement and for reconstruction after mastectomy for breast cancer, The New York Times reported.

“Worldwide, 573 cases and 33 deaths from the cancer have been reported, with 481 of the cases clearly attributed to Allergan Biocell implants, the F.D.A. said. Of the 33 deaths, the agency said its data showed that the type of implant was known in 13 cases, and in 12 of those cases the maker was Allergan,” The New York Times reported.

In Europe, the Allergan devices were banned late last year.

Shareholders sued Allergan late last year, as a proposed class action lawsuit in Manhattan federal court accused the company of hiding from investors the link between its textured breast implants and the rare form of cancer, Reuters reported.

The December 2018 lawsuit followed an announcement by Allergan that it would take its textured breast implants off the market in Europe after a Dec. 18 recall order, Reuters reported.

Today, lawyers are advertising for plaintiffs.