Equifax to pay up to $650 million in data breach settlement 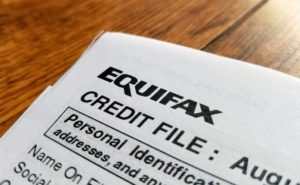 “This company’s ineptitude, negligence, and lax security standards endangered the identities of half the U.S. population,” said the New York Attorney General in a statement reported by NBC news.

Reuters reports, “The largest-ever settlement for a data breach draws to a close multiple probes into Equifax by the Federal Trade Commission, the Consumer Financial Protection Board and nearly all state attorneys general. It also resolves pending class-action lawsuits against the company. Credit-reporting company Equifax will pay up to a record $650 million to settle federal and state probes into a massive 2017 data breach of personal information…”

Equifax is one of the three largest major credit-reporting companies; the company collects and aggregates information on over 800 million individual consumers and more than 88 million businesses worldwide. In 2017, the company made headlines when it disclosed that a data breach had compromised the personal information, including Social Security numbers, of 143 million Americans.