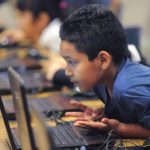 A California Court of Appeals is expected to decide in about 90 days if parents of an Orange County school can use the state’s “parent trigger” law to convert their traditional public school to a charter school. California became the first state to have a parent-trigger law in 2010 and civil lawsuits have been part of the process, although this is thought to be the first use of the law in Orange County.

Parent trigger laws allow parents of low-performing schools to change the administration, typically by becoming a charter school. They have to gather signatures from at least half of the school’s parents. The school district is more or less making procedural arguments that there were not enough valid signatures and there were no academic evaluations available to measure the school’s academic performance, according to published reports.

The Orange County Register newspaper reported that “… Daniel Bress, of Kirkland & Ellis, representing pro-bono Cecilia Ochoa and other Palm Lane parents, asked the judges to uphold Orange County Superior Court Judge Andrew Banks’ 2015 ruling that the district’s rejection of the parents’ petition was ‘procedurally unfair, unreasonable, arbitrary and capricious.'”
“These are low-income parents who wanted to do something about a chronically failing school,” Bress told the paper.