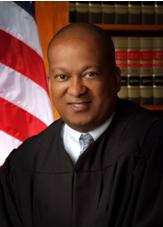 An associate justice in the Second Appellate District faces accusations that he sexually harassed a colleague on the California bench, one of several alleged incidents being investigated by a judicial commission.

The Commission on Judicial Performance at California State Bar Court in downtown Los Angeles is investigating allegations that JeffreyJohnson, an associate justice appointed a decade ago, sexually harassed more than two dozen women during the past 18 years, reports The Recorder at law.com.

Second District Court of Appeal Justice Victoria Chaney told the commission that Johnson suggested they have an affair and accused him of groping her, The Recorder reports.

Johnson’s lawyer, Reg Vitek, challenged details of Chaney’s testimony and wondered why she didn’t tell Johnson to stop his behavior and failed to immediately report him.

Chaney said she was convinced to report Johnson “after she began to hear complaints from other women,” The Recorder reports.

The hearing is expected to last a month. Johnson faces 10 counts of misconduct, “including sexual harassment, misconduct and drunken behavior unbecoming of a judge,” The Recorder reports.

← No statute of limitations for one year for sexual abuse cases in New York
Okla. judge orders Johnson & Johnson to pay $572 million for opioid crisis →
Logging In...