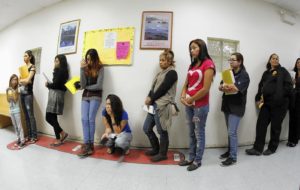 Budget cuts have contributed to delays in the processing of civil cases in California Superior Courts, a television news investigation revealed.

NBC Bay Area reported on the problem five years ago, confirming a situation covered by the state’s other major media.

And earlier this year, the news station revisited the crisis, noting that criminal cases also are caught up in the backlog.

“An NBC Bay Area analysis of state court disposition data shows thousands of felony criminal cases have been delayed for years, and sometimes even decades, in jurisdictions around California,” NBC Bay Area reported in February. “The analysis shows Santa Clara County Superior Court and San Francisco County Superior Court have some of the largest criminal court backlogs and the lowest percentage of felony cases resolved within a year in the state.”

“In all nine Bay Area county Superior Courts, the Unit found longer delays in processing and scheduling of civil cases on their calendars. … The reason: years and years of budget cuts to the court system, the third branch of government, by the state legislature in Sacramento. According to state court officials, across the state, 175 courtrooms have been closed due to budget cuts.”

In 2014, the Los Angeles Times reported on similar backlogs to civil cases.

“Civil cases are facing growing delays in getting to trial, and court closures have forced residents in some counties to drive several hours for an appearance. The effects vary from county to county, with rural regions hit the hardest but no court left unscathed,” the newspaper reported.