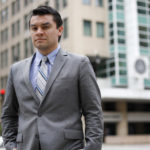 The Chicago Tribune is taking a deep dive into the Windy City’s immigration court backlog, including how a DUI sent a man to jail for seven months to await his day in court and other big-picture information. For example, the newspaper reports that “… as recently as 2010, the immigration court in Chicago had fewer than 13,000 pending cases on its docket. By the end of March, that figure had risen to 24,844, according to statistics provided by the federal Executive Office for Immigration Review, which is part of the Department of Justice.

The paper also notes that “… the crunch is partly the result of policy changes under the Obama administration, which made a priority of quickly handling cases that involved children and recent border crossers, particularly in the face of an influx of immigrants coming into the U.S. illegally from Central American countries around 2014. But the Trump administration has contributed to the crunch as well, emphasizing the deportation of detainees who have had contact with the criminal justice system, though even those without records have been caught up in the efforts.”

It’s a solid report and you can find  it here: Cases flood Chicago Immigration Court as system reckons with new landscape

← Newspaper Deep-Dives  Into Asylum-Seeker Jailings
D.C. Among Those Talking ‘Civil Gideon’ for Evictions →
Logging In...