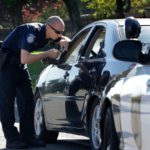 Another year brings another report about the need to improve access to civil courts for low-income residents.

A court-mandated legal commission in Delaware capped a two-year investigation this fall and issued its recommendations, agreeing the system is unfair to those in poverty.

In a 102-page report, the Delaware Access to Justice Commission urged equal justice under the law, “calling on the state Legislature, courts and law firms to divert more resources to provide poor people with legal aid, including additional hours of pro bono (without payment) representation,” according to a news report.

“The Delaware Supreme Court ordered the creation of the commission in 2014 to identify where access to justice fell short and to provide recommendations for cost-effective solutions,” reported The News Journal.

“The cost for a lawyer, which can add up to tens of thousands of dollars for civil cases, is prohibitive for most of the 123,000 people who live in poverty in the state,” commission members said. “The phenomenon also is a problem nationally where more than 40 million people live in poverty, according to data from the U.S. Census Bureau.”

Some states are trying to address this problem. This summer, California passed a bill ending driver’s license suspensions for unpaid court debt. Instead, courts can arrange a payment plan, a reduced payment, or community service for those who cannot afford to pay but can no longer suspend driver’s licenses for failure to pay. In Michigan, a package of bills has been introduced by the legislature that would help those with unpaid traffic debt to get their licenses back.

According to The Marshall Project, “Most of the movement on this issue began in the last two years, sparked by a Department of Justice investigation into the predatory practices of the Ferguson, Mo., municipal court. The report, issued in 2015, found that the local police and court system were run with an eye toward maximizing revenue, often on the backs of those who could least afford it.”