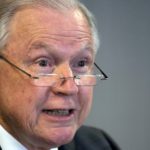 Judicial independence would suffer under a plan by the Trump administration to streamline immigration hearings, according to the editorial staff at The Washington Post.

Attorney General Jeff Sessions, speaking on Nov. 17 to the Federalist Society national lawyers convention, said the Justice Department was focused on “restoring the rule of law,” particularly in the arena of immigration law enforcement.

According to reporting by The Post, government documents show that the Justice Department “intends to implement numeric performance standards to evaluate Judge performance.” Such a metric would probably involve assessing judges based on how many cases they complete or how quickly they decide them — a plan that the National Association of Immigration Judges has called a “death knell for judicial independence.…”

The Post editorialized, “As part of Mr. Sessions’s push for an overhaul of the immigration system, the department also plans to begin evaluating immigration judges on the basis of how many cases they resolve. This proposal would do little to fix the United States’ backlogged immigration courts and much to undermine their integrity.”