Due to customer agreements, scooter companies could steer around lawsuits 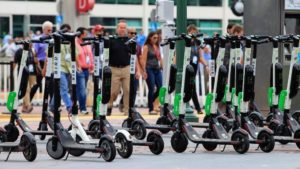 Scooter makers face legal action filed on behalf of injured riders, but contracts with customers could shield the companies, according to reporting out of California.

Legal action could face difficult odds, the Union-Tribune reported. “So far scooter companies such as Lime and Bird — now valued in the billions — have avoided having to take legal responsibility for such accidents,” the article noted. “That’s largely because scooter companies require riders to agree to a lengthy legal contract through their smart-phone apps before renting a device.”