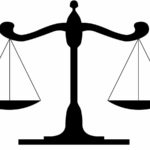 Citing research from the Florida Bar Association, The Orlando Sentinel newspaper has taken a strong stand on “Civil Gideon,” the idea that some civil cases demand the same right to an attorney as criminal cases.

In an editorial, the paper cites economic benefits from a study commissioned by The Florida Bar Foundation: “… the study concluded that every dollar spent on civil legal aid for lower-income Floridians yields more than $7 in benefits. As Bar Foundation President Matthew Brenner said, ‘Equal justice under law is not only a basic underpinning of our democracy; it’s also good economic policy.’

Adds the paper: In short, it’s a better deal for taxpayers to invest at the front end to help fellow Floridians solve problems in civil court, instead of paying more to deal with the consequences to the state’s economy of unsolved problems at the back end. This same logic would apply — and should appeal — to other potential legal aid contributors, including the business community and nonprofits. Here’s how the math works.”
The mainstream endorsement is a milestone for the Civil Gideon movement. Read it here:
Invest in access to civil justice: Where We Stand