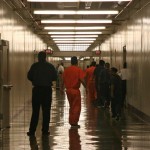 Quotas for depriving people of their liberty (KATE BRUMBACK/ASSOCIATED PRESS)

Former Manhattan District Attorney Robert Morgenthau, writing in the New York Daily News, outlines just how bad the U.S. immigration court crisis has become, blaming political pressures and adding that “… the result is a backlog that staggers the imagination. Today, when immigrants ask when they need to return to court, many are told in 2023.

“Morgenthau outlines the oft-cited, but still hard to believe, stats: “According to the most recent data from a think tank at Syracuse University, there are currently pending before our immigration courts over half a million removal cases. That averages about 2,000 cases per judge.”

The writer offers some solutions and begins with judges: “What is to be done? Regardless of how one feels about immigration reform generally, everyone can agree that we need to restore sanity to immigration court. First, immigration judges should be real judges. Right now, they are employees of the Justice Department, and not genuinely independent.”
He also makes a call for a sort of Civil Gideon, the idea that some civil cases (as opposed to criminal cases) should require representation (immigration cases are considered civil actions): “Congress must also ensure that immigrants get proper legal representation when their basic rights are at stake… a study published this month disclosed that in 70% of cases involving adults with children, there was no legal representation for the family.”
And, obviously, increase capacity. It’s a well-considered piece from somebody who knows of what they speak. Read it, and find the writer’s other missives on immigration and other issues, here:  Robert Morgenthau: America’s real immigration crisis

← On The ABA Not Standing Up To A ‘Libel Bully’
The Key To Immigration? Hiring An Attorney →
Logging In...