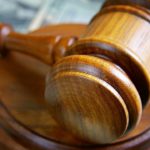 The U.S. Chamber of Commerce-backed Newsline website has published a deep-dive (well, “deeper” anyway) into the mushrooming state attorney generals investigation into asbestos trust funds, including speculation that U.S. Justice Department attention would be a “whole new ballgame.” The story broker recently when Forbes’ Daniel Fisher wrote about the probe.

The Newsline report quotes Mark A. Behrens, who co-chairs Shook, Hardy & Bacon’s Washington, DC-based public policy group: “If these cases get the attention of the Department of Justice, then it’s a whole new ball game.” That report background that “… In one case, Utah’s Attorney General recently sued four of the largest asbestos bankruptcy trusts to make them comply with civil investigative demands from 13 states on whether they are failing to reimburse states for Medicare and Medicaid. Federal law requires those who oversee settlements to pay outstanding bills for Medicare coverage” and added that “… the federal government and the states may have similar interests with regard to reimbursement of health care costs, business interests believe. It is estimated that some 30 percent of asbestos cases involve veterans. Many of these individuals would receive treatment at VA hospitals at the government’s expense. Given the age of many asbestos plaintiffs, many also would receive Medicare benefits, a federal health care coverage program.”

The Newsline piece is here:

← Traffic ‘Amnesty’ Ending. Will It Be A Return To ‘The F-Barrel’?
Legal Battle Resumes Over Nevada Nuke Waste Facility →
Logging In...