Remington mum about effects of bankruptcy on settlement 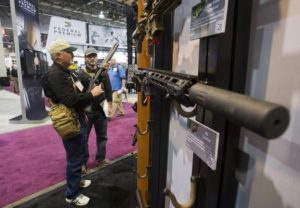 The 202-year-old gun manufacturer Remington is not disclosing whether a pending bankruptcy filing will jeopardize a class action settlement involving its Model 700 bolt-action rifle.

“Neither Remington nor its attorneys responded to multiple emails about whether the company intends to abide by the agreement in the event of a bankruptcy filing,” CNBC reported. “While the settlement includes a guarantee that the company will meet its financial obligations under the agreement, it does not address the possibility of a bankruptcy.”

Reuters reported in February, “Remington, which is controlled by buyout firm Cerberus Capital Management LP, was abandoned by some of Cerberus’ private equity fund investors after one of its Bushmaster rifles was used in the Sandy Hook elementary school shooting in Connecticut in 2012 that killed 20 children and six adults. … Remington’s sales plunged 27 percent in the first nine months of 2017, resulting in a $28 million operating loss.”

CNBC reported, “Remington has agreed to replace millions of triggers on the 700 and a dozen other models to settle allegations that, for decades, the company covered up a deadly design defect that allowed the guns to fire without the trigger being pulled.”

The company denies any cover-up or the defect, but acknowledged the fix could cost as much as half a billion dollars, CNBC reported. “There are real concerns that with the bankruptcy no guns will be fixed at all.”